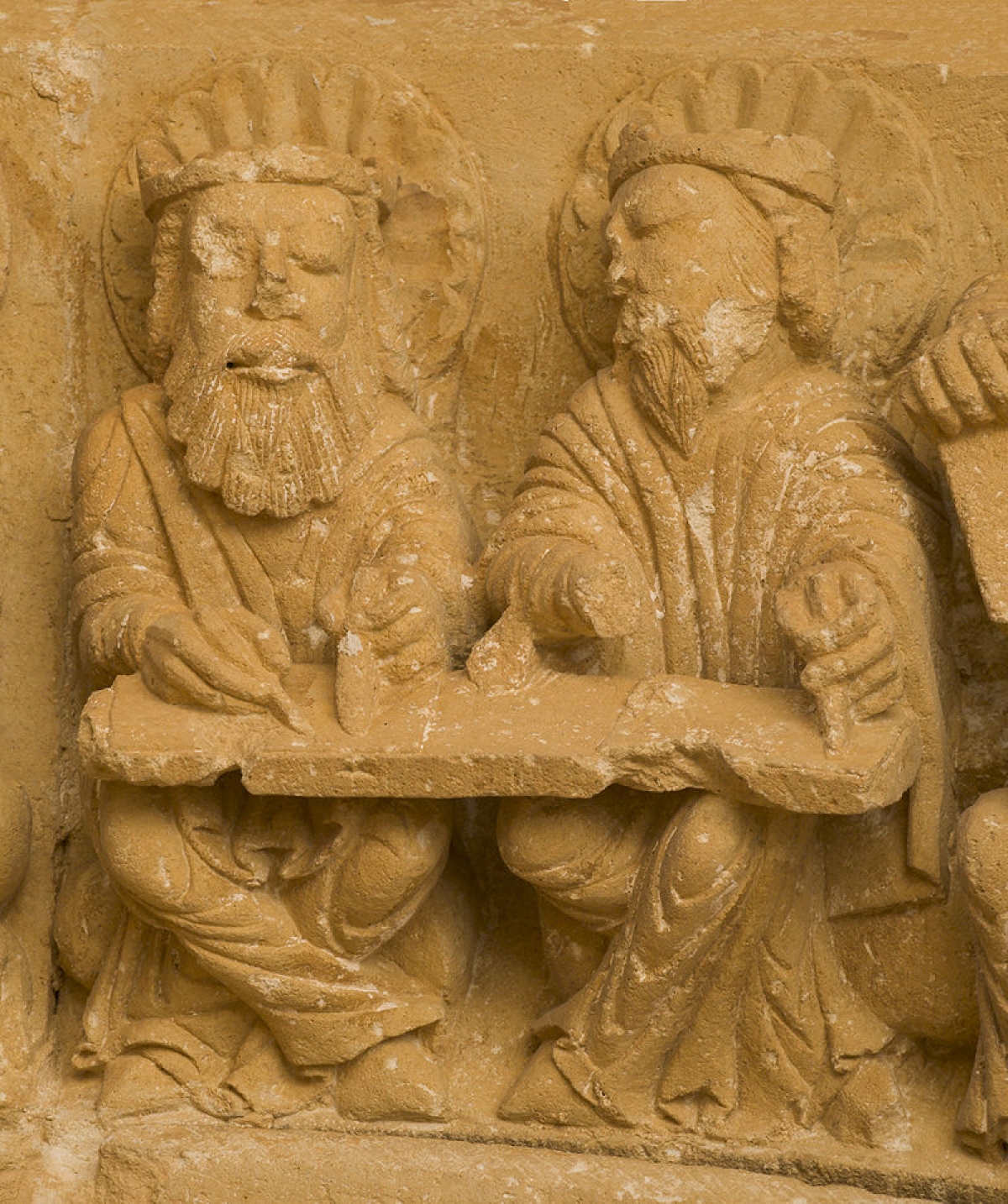 In the case of Compostela it is very difficult to think of an extension of the diatonic keyboard by two tones and a semitone without visibly exceeding half of the diapason. The Santiago instrument, certainly the most beautiful, has preponderant symbolic value, as amply shown in my book. The 12 keys do not want to indicate the intervals of the scale of the instrument, but those of the cosmic harmony according to Pliny, as can be seen listed next to many grids of planetary latitudes in 11th and 12th century manuscripts of astronomical content. The setting of the instrument at the center and at the top of the Portico describing the Glory of Heaven, the decorative details and the fundamental measures of the instrument have an evident astronomical and theological inspiration. Finally, the sculpture belongs to a masterpiece of the highest level, as one of the three most important sanctuaries of Christianity deserved.

I have listened to many instruments, others I have heard in recordings, I built four different types myself. My conclusion is that the most coherent and most convincing version, with the most pleasant sound, is the one with the three strings in C3 and a diatonic fingerboard with levers acting over the strings.