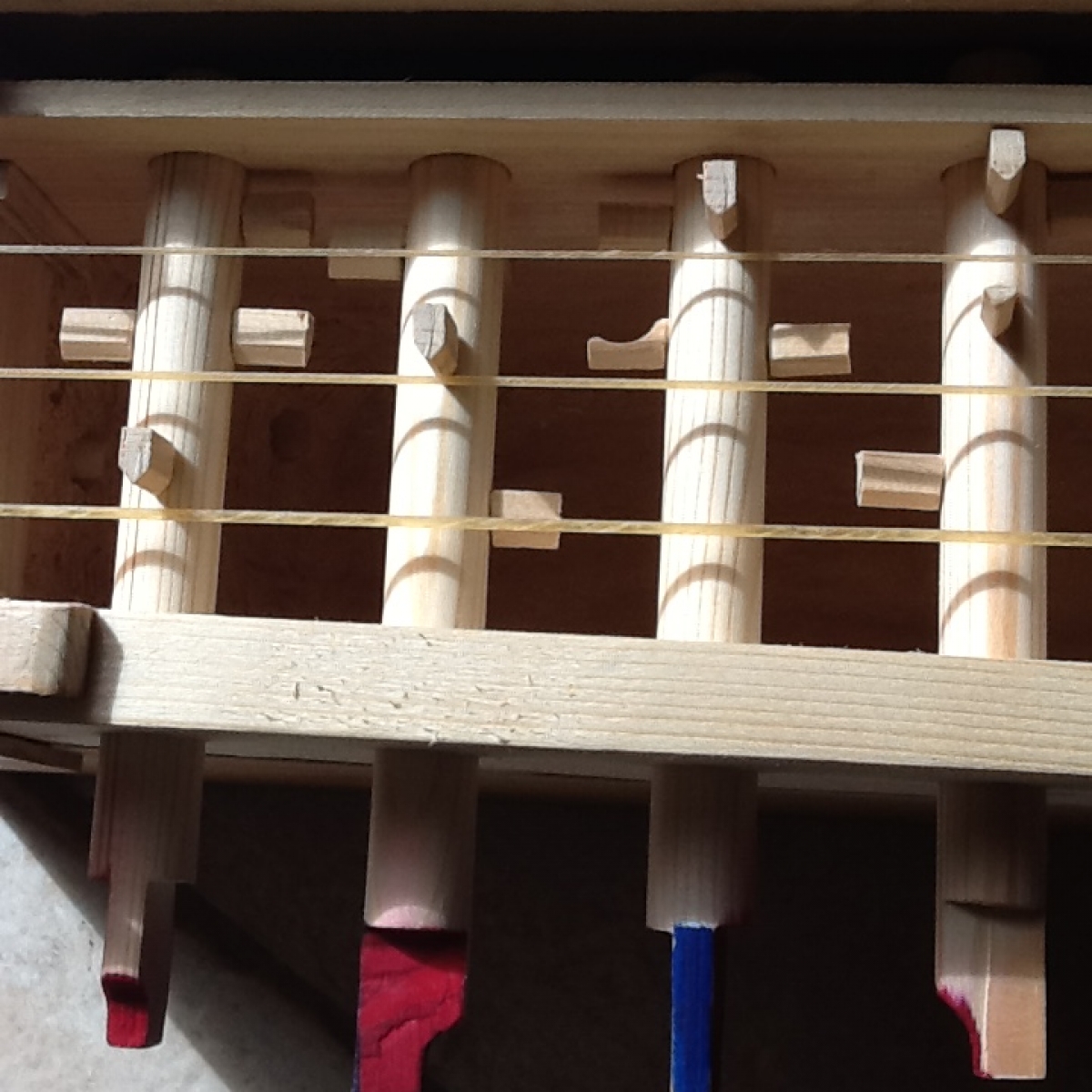 My reconstruction of the instrument is mainly based on my own interpretation of its possible musical function. Since I want to consider iit  as a genuine polyphonic instrument I  invented  a  special  keyboard, fit for 12th century two voices polyphonies, suggesting also a diffferent managing of the wheel.

SYMPHONIA (CAELESTIS) should be preferred

- Reading Ch.Page articles in GSJ 1982, 83 convinced me to reject the name Organistrum

Then, in Regulae rhythmicae the same author writes:

"(the diapason) contains 5 tones and 2 semitones/the fifth and the fourth/is the highest unity of symphoniae, or sounds"

SYMPHONIA matches with the medieval highest idea of music and sound, while ORGANISTRUM sounds like a deformation of the word ORGAN and like a ridiculous nickmame.

I believe that the name Organistrum  fits better the later "one-man Lyre", a diatonic, melodic instruments with drones, sort of early hurdygurdy used for secular music.

(Ch.Page is of the same opinion) 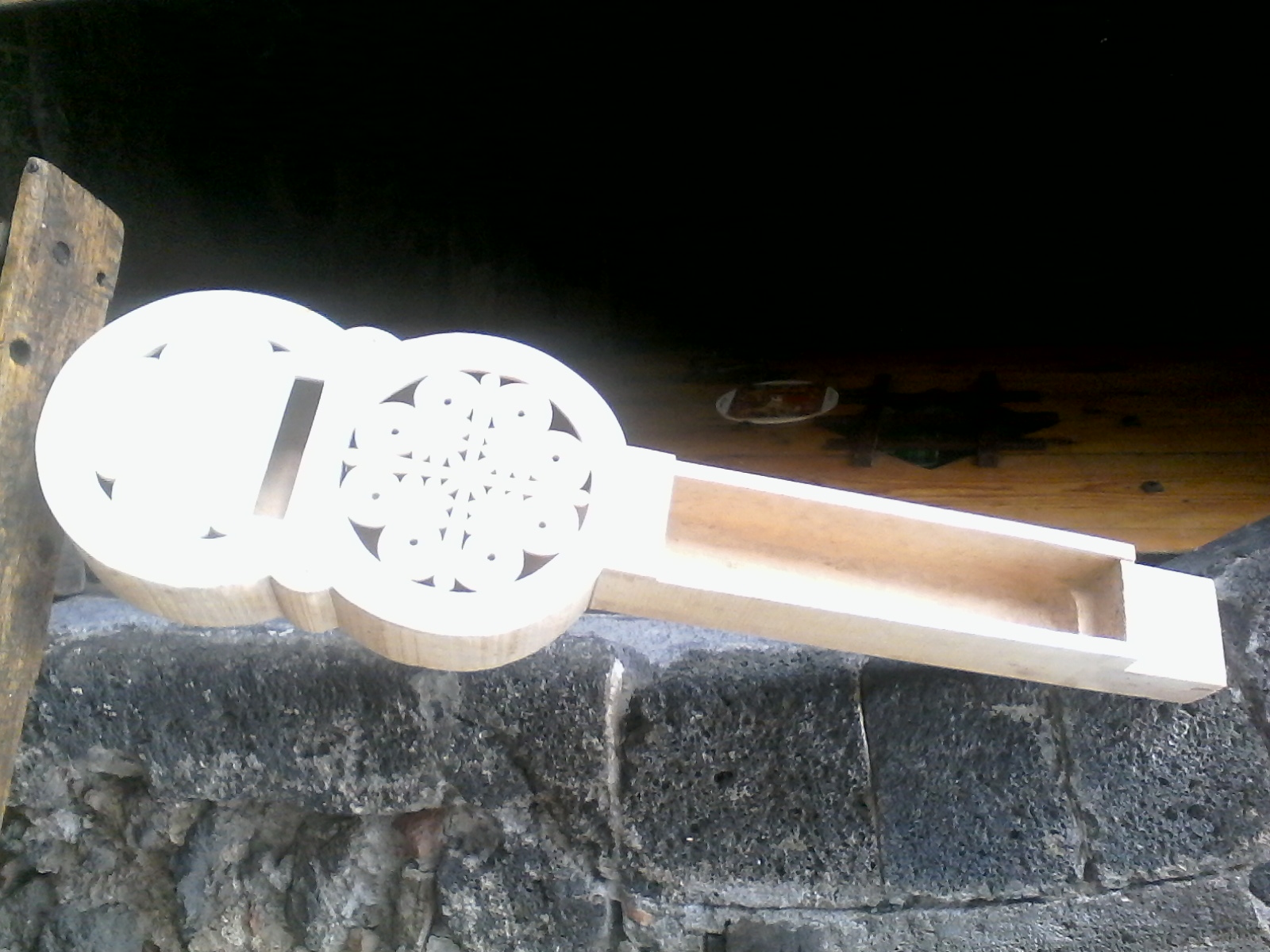